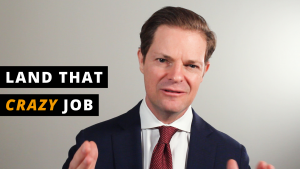 This is a crucial question for a lot of people right now.

Many people will be laid off and forced to get back to work.

Others will see their career has massively changed—compensation, promotion, culture, long-term trajectory, etc.

Also it’s a time when many people are stepping back seeing life’s too short, asking what truly matters.

As my buddy put it, “If you’re not gonna go for what you truly want after all this, when will you?”

But how do you land a job in this market?

The same way you do in any market.

At least that’s how I do it.

And how my clients do it.

You can do the same basic preparation that even many people fail to do!

But if you’re serious about getting an advantage in how to land the job you truly want, don’t you want to do everything you can?

And look, to be honest, I’ve started to accept what some people have been telling me for years.

Sure, OK, I can be a little intense 🙂

Yes, it may be true that my 17 hour program to Land That Crazy Job is extreme!

But that’s because it’s built to do extreme things.

And is it really extreme to do everything you can to land the job you truly want?

END_OF_DOCUMENT_TOKEN_TO_BE_REPLACED 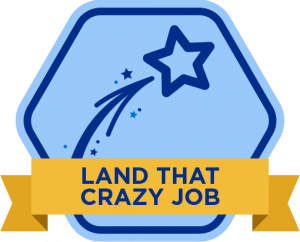 Selling ourselves can be hard, can’t it?

It holds us back.

Many of us being humble tend to understate our strengths.

Imagine if companies sold to us this way.

TV camera pans to an obese man sitting alone on a sofa.

As the scene opens you see the living room is a pigsty.

Eyeing a brochure on diabetes he mumbles to himself, Doctor has no idea what he’s talking about.

Reaching down he picks up a 2 liter bottle of Coke and downs it one go.

Slogan rolls… Coke, diabetes and obesity in one gulp.

It may be true enough but they’d never sell their product that way.

END_OF_DOCUMENT_TOKEN_TO_BE_REPLACED

Where do you find that crazy job you truly want?

How do you hunt it down?

Best get yourself in front of opportunities?

Often we think of selling as what you do when you have a prospect in front of you.

When in fact most the sale happened way before that.

In the way a top salesperson prepares for the sale.

If they’re a real pro, laying out their best ideas in a selling Black Book.

In the way they target their hungry buyers.

END_OF_DOCUMENT_TOKEN_TO_BE_REPLACED

Too many people feel stuck in their career.

Not just in so-so jobs, but even many people in top jobs…

Feel like they’re stuck settling for less than they deserve.

Crazy To Go For What You Truly Want?

I get that some people think what I do is craaazzzy.

But isn’t it more crazy to stay stuck in our careers?

I’m the wrong person to ask what is crazy.

I’ve always been crazy relative to settling for less than we can achieve.

Growing up working poor I didn’t get why people wouldn’t do everything they can to elevate their lives.

At Goldman Sachs, one of the best jobs on the planet, I didn’t get why many people felt stuck complaining.

It’s crazy to me they wouldn’t just make a change.

END_OF_DOCUMENT_TOKEN_TO_BE_REPLACED

There’s plenty of good-enough ideas for landing a job.

100 interview questions to prepare for.

Ace the case, and all that stuff.

The job you truly want.

That you’d be crazy excited to land.

The job others might perceive is way out of reach for you.

You may be “unqualified” for.

That others might think is crazy for you to even set your sights on.

Let alone for you to walk in and land.

END_OF_DOCUMENT_TOKEN_TO_BE_REPLACED 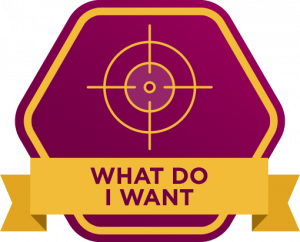 Note: To add to this article, I just recorded this video on 5 ways to turn stupid New Year’s Resolutions into powerful goals.

People keep baiting me on the topic of New Year’s resolutions.

Perhaps because I’ve called them stupid in the past, they think I have a negative view of such resolutions…

But that’s not true—I’m fired up about any catalyst that gets people to change.

It’s not New Year’s resolutions that are stupid, only how people pretend to use them!

Like a political speech, people so proudly announce their New Year’s resolutions—

I hereby proclaim that starting on January 1 (but no sooner), I will stop watching cat videos on Fakebook and go to the gym at least 6 times a day.

And just like a parent applauding their 7-year-old’s school play, we‘re expected to celebrate their “achievement” in making such a resolution.

Good on you, Timmy!

Nearly all resolutions fail because they were only aspirations to begin with.

Every day of the year you can make a new resolution, but repeating it to yourself and others doesn’t make it a goal.

An aspiration is to Get In Great Shape This Year. A goal is to specifically define how you are eating better and exercising consistently.

Resolutions become goals when they are backed by action, and that’s where, by definition, most resolutions are destined to fail.

END_OF_DOCUMENT_TOKEN_TO_BE_REPLACED

“I know plenty of people who’ve achieved great success without doing what you say. They lacked clear goals. Had no path to success. Gave little thought to their process. Didn’t develop top skills. Have never trained their mind…”

It’s true. I know tons of those people. I used to be one of them.

Lacking A Path To Success

I elevated myself from my blue-collar background to Goldman Sachs, and succeeded on Wall Street with nothing more than the goal to do my best and working all the time.

I’d never read a self-help book. Never visualized a goal. Hadn’t laid out a path to success. Never focused on my process. Nor time management, mindset or other “crucial” skills…

That path to success was ultimately unfulfilling to me but it is by far the most basic and common in our society—study hard, get a good job, and work hard for the rest of your life.

If you look at two of the wealthiest people on the planet, Mark Zuckerberg and Bill Gates, you see a different path to success.

Dig deeper and you learn most successful people aren’t top executives or famous billionaires. The vast majority of millionaires next door are “small” business people, who found their niche and just kept working it.

Does this mean everyone should start their own business? Or skip college? Or get a top job and work hard?

Engineering A Path To Success

Knowing how other people have succeeded tells you little about creating your own path to success.

A novice gold miner can randomly drill a hole, strike gold, and become an overnight “success.” But what could you actually learn from them in creating your own path to success? Should you just go drill some holes?

Many Internet millionaires were spawned during the first dot.com bubble in the late 1990s. Yet few of them held onto their money into this century.

Even fewer founders could replicate their “success.” Such “Returns on Luck” account for most out-sized success in our society—

You didn’t need to be the best engineer on the planet to get rich working for Facebook; you only had to join early enough.

The difference between making partner at Goldman Sachs pre-IPO in 1998 versus 2000 was some $50 million. And just about anyone buying real estate with zero money down in 2006 looked like a genius, until 2008.

While there’s a lot to be learned from taking advantage of rich opportunities, herein lies the distinction between achieving successful results, and engineering your path to success.

Even the worst football team in the league will win a game every now and then. But the best teams, like Vince Lombardi’s Packers, build a systematic method to winning that they know will work time and time again.

Ultimately, the most successful people are less focused on results, and more focused on engineering a path to success.

What Is Success To You?

Much of what we consider success in our society is results-focused.

Sure, little Johnny now gets a Final Winner Trophy for running last in a race at school.

But in the real world, it’s the winners we celebrate.

END_OF_DOCUMENT_TOKEN_TO_BE_REPLACED

Do you have a career plan?

I’m sorry, that was a loaded question. Most people think they have a career plan, and according to everything they’ve been told their entire life, they do.

The problem is we’ve been lied to. As a child, you were taught two things:

As a result, most of us plan our careers the entirely wrong way. We set a big goal for our life, and then show up to work every day and grind. The path forward to us is, “Work harder and I’ll get there.”

That’s not a plan. That’s a dream.

Dreams are great. You need something to aim for, and you should never sell yourself short by aiming small. But when you wake up from dreaming big, you need a plan to get there.

Over more than a decade of research I created a five-step system, The System For Doing What You Want, that is designed to get you from where you are in your career and life today, to wherever you want to be.

END_OF_DOCUMENT_TOKEN_TO_BE_REPLACED 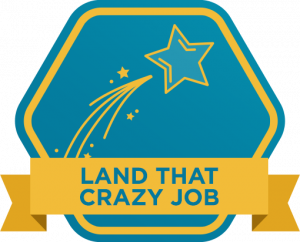 A lot of people are unhappy in their jobs. In fact, 2.8 million Americans quit their jobs every month.

I’ve written extensively about how you should quit your job, and for many people, that advice is all they need. There is, however, one situation where that advice does not suffice.

Some people are at the perfect company, but in the wrong job.

Walking away from one company and into another is a tricky path to chart, but transferring within the same company can also be like navigating a minefield.