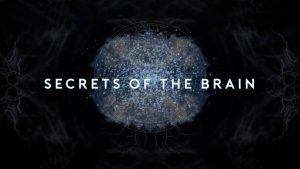 “Have you read Think and Grow Rich?” he asked.

“That’s a reason I’m still pissed at my parents and teachers,” he said.

Laughing out loud I asked what he meant.

“When I discovered that book,” he told me “it changed my life so much that I was frustrated nobody had told me to read it sooner.”

“It’s not their fault,” I responded to this fellow I had met at a book signing, “the secret of the mind is hidden from most of us.”

But we all should want it.

I didn’t “need” to read Think and Grow Rich, any self-help books, any blog, or listen to any so-called experts to elevate my life from working in factories to Goldman Sachs.

“Success” was easy for me, merely a matter of working 80+ hour workweeks in high school and university.

I’m blessed with a good memory for ROTE learning and the will to work 7 days a week forever.

But that’s hardly a worthy secret of success.

Sure, this approach got me to Goldman Sachs, yet only a few years later asking myself “What am I doing with my life?” I wanted far better answers.

The paradigms for success that our society promotes—e.g. hard work, sacrifice—are down-right painful and mostly miserable!

When anyone who explores development quickly finds better ways.

The Hidden Power Of The Mind

“Indeed thoughts are things,” is how Napoleon Hill opens his book.

The best-selling self-help book in history with over 100 million copies sold is cited, quoted, and ripped off by many so-called experts.

Although it’s implied in the title, the book isn’t about making money.

But about creating a rich life through unlocking the secret of the mind.

And those of us who are “pro gamers” spend our lives hunting the keys.

Throughout his book Hill talks about the master key that one will discover inside.

He doesn’t explicitly tell us what his master key is, only that through putting together his 13 principles it will reveal itself.

“Is the master key all of the principles working together?” the fellow I met asked me.

“Perhaps,” I responded, before telling him something that he didn’t want to hear.

“My intel is that the master key was redacted from Hill’s book because those with secret knowledge demanded it stay hidden, yet discoverable for those true seekers.”

Whether the truth is secret or not, there is a key in Hill’s book that even many people who say they love Think and Grow Rich will never use.

The Secret Of The Mind Is…

You must turn the key, every day.

See, the secret of the mind and Hill’s work isn’t knowledge, but what he explicitly tells us to do with it.

As Hill so famously put it—

Knowledge is not power. It is only potential power. It becomes power only when, and if, it is organized into definite plans of action, and directed to a definite end.

A reason self-help fails basically everyone is that we read it thinking it will develop us, as though reading a diet book will miraculously help us shed weight.

A secret of the mind is that the key isn’t to be found outside of us!

But inside, only when we “tune” the mind.

You see, and this is something that might sound strange, but when you train your mind, you get “access” to “higher level” information.

It’s like a radio receiver—You can’t read the radio broadcast. Nobody can give it to you. You must tune your radio into the signal and receive it.

The Key Of Mental Training

If you carefully work your way through Think and Grow Rich you see Hill prescribes some 3+ hours a day of mental training exercises.

See, what Hill is not-so-secretly teaching is that the not-so-secret key to getting better at anything is training…

In Hill’s case, that’s 3 hours a day training how you use your mind.

There is something so magical in our brains that few of us humans will ever unlock.

Hill talks vaguely about it in Think and Grow Rich.

But in his follow-up book, which was hidden for some 60 years, Hill gives the ghost away…

Hill’s Outwitting the Devil is perhaps one of the most revealing books I’ve read.

The first time I read it, I was aghast. It seemed childish and silly. But something kept me coming back to read it some 40-50 times.

The book is an “imaginary” dialogue with a Devil who bears little resemblance to the fire and brimstone Devil of the scriptures.

But is, instead, a controlling force that sits inside each of our minds.

The Devil’s job is to mess up our lives, to keep us in negative thinking / energy forcing us to suffer what Hill calls Drifting and Hypnotic Rhythm.

Drifting is a mental disease that holds all of us back.

It is that thinking mind constantly turning—almost always on negative thoughts as I wrote here.

Which gets in the way of us focusing on what matters and taking our best actions.

Hill’s Devil doesn’t mess with us after death or condemn us to an eternal whipping. He whips you every day, keeping most of us asleep in the hypnotic rhythm of that drifting mind.

Stuck here, few of us achieve our goals. Even fewer of us have them…

But, right before teaching you about all this, Hill reveals perhaps the greatest human secret, perhaps the ultimate secret of the mind.

Earlier in his career, in a place of deep despair, something life-changing, and incredibly powerful happened to Hill.

Right when he thinks he’s licked, he’s a total failure, he can’t go on, Hill states “I receive strange orders from a strange source.”

This Other Self as Hill labels him is completely absent of fear. It knows exactly what to do.

And as he speaks of it, takes over, directing him to achieve his goals.

As Hill explains, this Other Self shows up when we most desperately need it, and is a Hulk-like smash to that Devil’s mind.

Of course this is a little out there. And is presumably one of the reasons that this book was kept hidden for some 60 years. But I also know it is true.

Hill’s theme is similar to what we know from centuries of esoteric knowledge, phrased as ideas like Self, Higher Self, Spirit, and so on.

But I will share that the ABSOLUTE greatest thing that has EVER, BY FAR, EVER happened in my life is that for years I’ve been cultivating a relationship with this other self of mine.

I am still too weak to do this job, but when I am my weakest, he is strong. When I am scared he is fearless. When I don’t know what to do, he guides me. When I run out of will, he carries me.

I will not say more, other than I know this superhero exists inside all of us. I see superheroes all around, if only we are willing to work on bringing them out.

Lips Of Wisdom Are Closed To All Except Ears Of Understanding

Although the fellow I met was frustrated that his family and teachers hadn’t told him about these ideas, he also saw that he wasn’t ready.

“Normal” thinking is easily accepted, which is why the vast majority of us humans will never do anything other than slave away like horses pulling buggies.

We will never step back and think about life. Never consider training our minds for what we want. Never unlock the secret of the mind.

Most of us—me included—would ignore this greatest human knowledge even if it was stuffed down our throats by parents and teachers.

Instead, the knowledge is out there, not-hidden in plain sight, just waiting for those to do the works to unlock the secret of the mind, the master key.

P.S. You can read here more articles on mindset.

P.P.S. You can listen to audio tracks here on training your mind from the Limitless Mind Masterclass.