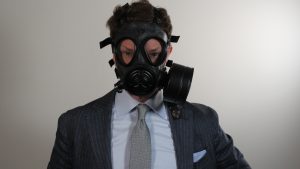 There are some things we just shouldn’t say in our modern world.

And more personally, I shouldn’t say.

Since I was a kid I’ve been told to keep my mouth shut.

Imagine what social impact that money could have had invested in the sad, rampant homelessness in Steyer’s hometown.

For his $600,000,000 Bloomberg at least bought himself double the delegates of mayor Pete and nearly 10% of Bernie’s count.

In the pursuit of social justice more money has been “invested” in cheesy advertising by two dozen Dems than any other campaign in history.

Yet we’re still looking at a near certain Trump victory.

Maybe it’s OK to say that, but not so sure about this…

But what is wasted by everyone carrying around a shopping bag everywhere you go?

Or from some making profit on bags like you’re selling water inside the airport terminal?

Like the paper straws that disintegrate in your drink…

What are the real profits and losses that come with these social justice pursuits?

“We can’t be selfish for our children,” the checkout lady said to me.

Lucky I stopped myself saying, “You’re right, we’re already so selfish bringing children into this world on the brink of disaster.”

Personally I believe the greatest threat to our species is our lack of sustainability, our blatant ravaging of every single resource and living thing on the planet…

But I’m not so sure about our ability to predict the weather.

How can we fail to predict a tornado is going to tear through TN Tuesday night and kill 18 people in their sleep, but we’re able to predict the weather centuries from now?

Don’t say that Blades, just nod your head you idiot.

Nor talk about the 5X+ more devastating disease than Coronavirus…

And that’s just in America alone, just this season.

All that from an illness we think we can prevent, where we’re all told to be good citizens and line up at our local CVS for a flu shot.

Schools are shut down.

The global economy ground to a halt.

A world so engulfed in terror that even the unflappable James Bond is scared to launch.

That all these things have in common.

Not just the obvious contagion of fear.

That the average human lives in such terror anything can spook us.

But the contagion of groupthink.

Our inability to question the narrative.

The paid and unpaid advertising.

Don’t talk about that. Or anything else.

Just nod your head when other people do.

When people ask me about the Masterclass for Surviving Our Sewer Society, this is what I mean.