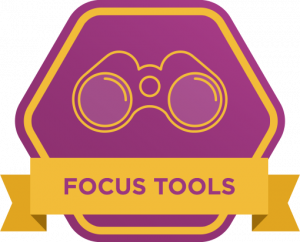 See, this is the thing, if you’re upgrading yourself you’re doing it right now.

What I mean is, if you’ve decided that this month you have specific goals, then you are living them.

We’re never taught real methods for setting goals so most people drift through life without them.

Many others kind of have goals but poorly use them.

Goals are often interpreted as this thing somewhere out there in front of you, when goals have nothing to do with the future.

They have everything to do with how you are using this simulated version of your future right now.

But they are only powerful motivators when you are right now using them to motivate your mind and actions.

So as we go deeper into September Man together, I’ll also be sharing with you more on what I did then.

I “locked in” most of this change, although, to be 100% open, I’m still locking in a couple of behavioral shifts that I might share more with you.

I feel good about the August Man Upgrade, yet September Man is about what I quickly perceived to be a new level.

So we’re going deeper on those three points, and I’m also really honing a fourth.

If we’ve been hanging out a while now you’ve heard me talk about the flow state before.

It’s one of those things that I geek out on so much because I perceive it to be the absolutely most fantastic way of being.

I’ve banged out a ton stuff in this 57 minute “action cycle” (as opposed to mind cycle, where I condition the mind directly) and this letter is flowing faster than all the stuff before it.

I’m practicing what I preach, which is easy given that nearly everything I share with you was first built for me!

September is flow month, and September Man is a flow monster.

Like Pac-man, the flow intent of the month is from waking till sleep, living in the flow.

This doesn’t mean sitting at the desk all the time “trying” to flow, but bringing the flow state with me in everything I do living flow to flow.

There’s a lot to this I might unfold more, but right now what matters most to know is…

Flow is all about conditions

A teacher, who I perceive to be one of the most accurate thinkers on the planet, mocks the meditation state for good reason.

He says “they found one good state of being in stasis and forgot about all the rest.”

See, here’s the thing with these fancy states of mind.

They sound all smart and sophisticated and even enlightened as they claim, but they are the most basic, simple, natural ways of being.

And what makes this stuff fancy is tapping these states at will.

Consider, for instance, those times you’re just sitting on the sofa watching TV, and you’re so deeply immersed in what you’re watching.

People are walking around perhaps, or someone might even call your name, but you’re just in the zone.

Like a pro basketballer about to dunk, there’s zero room for anything else.

Or in a car crash, when you have the feeling that time slooooowwwwwed down.

When you understand what gets your body and brain to “trigger” these states, you can access them at will.

Why am I flowing so deeply now?

I came out of my mind cycle (30 minute goal imprinting trance), dropped into a program we’re building for startups, and then started pounding away on an article that you’ll see before this.

Then, this article flowed to me, and although I’m now 3 minutes late for my run, while I had it, I had to type.

I’m being subtle, but I’m saying—

Let’s do this together

If you wanna do this with me in September, shoot me an email.

Commit yourself by telling me what your September Man or Woman goals are.

And then as I keep rolling out this Upgrade, commit yourself to keep doing it.

Write me as much detail as you want about what you’re doing, I’d love to read it, and let’s get you ‘Septembered.’

Time is running out, my friend.

Whatever you intend to do, now is your time.