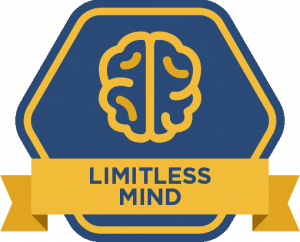 Redoubtable was Dictionary.com word of the day.

With my third grade vocabulary I didn’t know what it means.

But I took it in with great meaning.

When you see “Re” at the front of a word it often means to do it again.

But here it means the opposite of doing doubt again…

Redoubtable—that is to be feared; formidable, especially as an opponent.

Why again doubt when you can have…

Doubt is a common theme in my work.

Even though as my brother thinks I’m bulletproof, doubt I’ve had to execute like with a blunt guillotine over and over again.

And I must often do the same for my clients.

See, nobody comes to me for easy goals they know they can crush on their own.

Often they show up with “I’m-possible” goals.

Meaning they know they’re possible, but they doubt I’m able to do it.

That doubt can keep them stuck in fear.

When being redoubtable that doubt can fear you.

Doubt Gets Blown Out

A client said her doubt was overwhelming.

After she crushed her goal, I asked her, where’s that doubt now?

A few months earlier I told her that doubt now had to report to me.

It was no longer her problem.

And I told that doubt to doubt just a little longer, then it might forget what it ever doubted.

Who Is The Doubting You?

In my Limitless Mind training, You are not your thoughts, is a top principle to buy into.

You’re not the hair you leave behind at the salon, are you?

And when you doubt those doubting thoughts, who is left doubting you?

That brain of ours only doubts what it doesn’t yet know.

Yet too, despite 100% evidence to the contrary, it rarely doubts it can predict the future.

Many brains certainly doubted we could ever fly, but who wouldn’t doubt them now?

What about that brain doubting you?

Especially when you’re being redoubtable, how could it ever doubt you now?

Is capable of anything you choose.

It is bigger than that doubt you. (by at least 6 letters, and then some…)

So who is that doubt compared to the redoubtable you?

How much can that doubt now fear you?

It may not be easy to doubt you’re redoubtable but it gets easier with practice.

Which is why I’m sharing with you again Track 2 from The Limitless Mind Masterclass, on Starting With You: