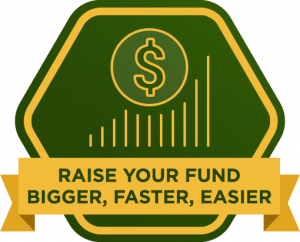 The drama with WeWork highlights a theme as old as humanity.

It’s not that for some rational reason investors changed their view of the company.

It’s that investors have never been rational.

As long as investors are in a frenzy they’ll justify anything.

Until, well, they don’t.

More or less, what does WeWork actually have that’s of value?

A model that has failed every single time.

Being cool like Theranos you can get away with just about anything until you can’t.

The NYT reported something shocking happened.

Uber. Peloton. Endeavor, so on.

They even cited well-known VC Fred Wilson’s good sounding rational ideas about gross margins and whatnot.

By “favored approach” I think they mean guzzling your own Koolaid.

Getting in a frenzy over the next .bomb is nothing new in the Valley.

It all sounds as smart as Yahoo! at 100 billion.

Drunk on love in the frenzy of a bubble our brains make up all sorts of rational sounding reasons to justify our behavior.

Now on the other side, thinking we’re being rational, we wonder, what happened?

Us humans only pretend to be rational.

Unfortunately all the wonky economic models are based on it.

Yet at least centuries of financial behavior shows we are far from rational.

Meaning, we do what our emotions drive us to do, and we backward rationalize.

We come up with the good sounding logic that justifies what we have emotionally already decided to do.

Those who know it is, sell into it.

Facebook and others have addicted billions to give up their lives for swiping a small screen.

Apple has convinced “forward looking” people to line up all night for an upgraded camera.

In the same way Netflix, Uber, We, and every other cash burning “cool” company has convinced investors being cool matters more than having a business.

Of course we recognize that emotions drive our most important decisions like who we love and how we eat.

But too often we forget they also drive every other so-called rational decision.

Including the seemingly most rational decisions investing capital.

If you’re raising a fund you want to clearly get it’s not about sounding smart reading bullet points.

And all the seemingly obvious rational stuff.

It’s about grabbing investors emotionally and getting them invested in your fund.

Here’s 8mins on why we actually buy from track 3 in the Masterclass for Raising Your Fund Bigger Faster EASIER: