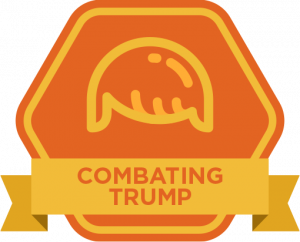 During the debate last night my friend texted me…

Media training is everything!”

She might be right, “The women have more substance…”

That should have been obvious after Hillary vs. Bernie vs. Trump.

The Dems should have learned from Barack that policy and 7 point plans are a losing strategy. (come on, Elizabeth, you’re a smart woman)

My friend is right.

But she’s wrong, this isn’t about media training…

This Is A Game Of Influence

Media training is what the talking heads do.

Media training is for looking and sounding just right…

But that’s hardly how you’d describe Bernie, is it?

Or how Donald won.

Did He Seem Just Right?

Or like a bowling ball rolling down the aisles.

As my friend put it, his “Passionate speaking style is what captures attention.”

Was far less scripted than Hillary.

Delivering authentically is how he deeply impacts.

But it’s still only the surface level, in this game of influence you must ask…

Why Does It Work?

What do us humans respond to?

Canned lines like the ones Marco Rubio would spout?

Or do we respond to communications that grab our attention and deeply resonate?

To messaging that penetrates us at a deep level?

To pros like Barack and Donald who take us on a journey?

It’s not about being the “best” candidate.

But about being the best at deeply influencing the electorate.

Here’s Chapter 2 from the Combating Trump Masterclass on the Old vs. New Presidential Playbook: