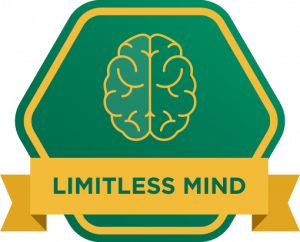 You know how much your beliefs govern your life.

Just one powerful belief can lead you to do amazing things.

In the same way one equally powerful limiting belief can amazingly limit you.

Consider for instance, if you believe that—

Anything is possible, and even if you fail it’s fun to try.

What might this belief lead you to do differently?

What beliefs most govern you?

Let’s play with the two parts of this belief for a moment.

Do you believe that anything is possible?

Or that your opportunities are limited?

And here, I’m not being TOTALLY literal.

You of course can’t right now click your heels and fly into space, but you also know that with the right process we’ve put people in space.

How might this relate to some or one of your beliefs in your career, business, life?

Do you generally believe that you can get what you want?

Or do you think that your life is forever limited?

How you answer this question governs what you even believe is worth going for, let alone how strongly you go after it!

What about the second part?

Is failing fun for you??

How much fun do you think it is for others?

Do you believe that people could have so much fun doing something even if it leads them to fail?

That’s one thing, but back to first principles…

Do you even believe there’s such thing as failing?

A powerful presupposition of NLP is—

There’s no such thing as failure, only feedback.

This one belief can be tremendously empowering for you.

And a step beyond this is where we began—

How much fun can you have doing something that keeps giving you more feedback for getting what you want?

You’ve heard about Thomas Edison and his 10,000 experiments to “invent” the light bulb.

The same “facts” can be seen COMPLETELY differently.

Did you walk the first time you tried?

Or did you fail so many times you learned to stand up and walk on your own?

Are you mentally scarred from all that failure?

Would you label a kid a failure because they keep standing up and falling down?

Failure is in the eye of the judger, right?

You see my point here isn’t about walking, or persisting, or anything like that.

Just that the smallest change in ONE belief can transform what is possible for you.

And then you have MASSIVE shifts in belief!

What did Jeff Bezos have to belief was possible to leave a top job on Wall Street and start Amazon?

What must he have believed about the business opportunity?

About his ability to make it happen?

What must he have believed about putting in all that effort and perhaps “failing?”

He perceived the Internet would be massively transformational, and failure would have been missing the opportunity.

I knew when I was eighty that I would never, for example, think about why I walked away from my 1994 Wall Street bonus right in the middle of the year at the worst possible time. That kind of thing just isn’t something you worry about when you’re eighty years old.

Consider for a moment what these beliefs EMPOWERED him to do.

It could have been just as easy to have limiting beliefs about failure hold him back too.

Think for a moment about some of your most consequential beliefs.

Which of these beliefs hold you back, and which empower you?

Looking back in your business, career, life…

Which beliefs have most propelled you this far?

Say, the belief that it’s important to work hard.

Or, you only have one life.

And now, what about the other side?

Which beliefs limit you?

What would you do differently if you changed just one of these beliefs to MASSIVELY empower you?!

P.S. If you want to make this change, this is what my free book for Building Your Limitless Mind is set up to do for you.