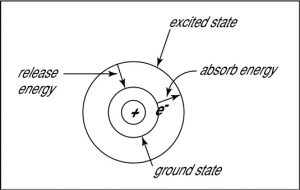 “But how can you feel your best about heading into a recession?”

That’s a question we got from this article last week on stopping being consumed by the debilitating fear in our world.

Few of us feel our best about heading into a recession.

And even fewer of us feel our best fearfully focusing on the future.

Besides, how many of us feel our best anyways?

Don’t you wonder why we are less than a shiny, happy species?

I wonder if it has anything to do with being served fear as an all day happy meal?

Our society is food for fear.

We’re apparently mystified by our worsening “mental health crisis,” which is exactly what you expect from this 1-2-3—

About as mystifying as our obesity or loneliness epidemic, right?

Is this how it’s meant to be?

How your brain is supposed to be used?

You’re taught nothing about using this most magical machine, so perhaps this is right?

It’s a machine for filling with fear to be fear filled for the future?

Yet even if that’s right, I’m still thinking that some of us want to feel good about the future?

Heck, maybe this is taking it WAY too far these days, but perhaps even EXCITED?

FFS is an acronym from our school of therapy and transformation, Rapid Sustained Transformation (RST).

It’s shortcut for describing a mental disorder that is especially common right now.

It has destroyed billions of lives and is ruining our planet.

Sadly, many of our “leaders” are infected by it, and worse, they are the MOST vocal promoters of it.

In RST this is classified a class 1 mental disorder.

It means to be in a perpetual state of fear for the future.

This disorder is so common today that our World Health Mental Organization recently classified it a global pandemic.

A client says that a number of his daughter’s friends will no longer have kids because they’re scared for the future.

It makes sense given all the terrorism.

But is this how our world is meant to be?

Young people terrified for the future?

Perhaps we all should be?

Maybe all this is coming to an end, FAST?

This would DEFINITELY be best for the planet, so you can see a movement here.

Still, even in the face of fire and brimstone, how would you choose to live these end times?

Scared of where the future is headed?

Or making the most of your precious days?

It’s like people who are so scared of dying that they never TRULY live.

Kicking the bucket with a full list they were never getting out of here alive anyways.

Perhaps we’re all supposed to be living this way?

Quivering in our caves, terrified of whether the sun will rise a day?

Incessantly focusing on the worst of the world, running around spreading mass hysteria every day?

Like your emotions being triggered to hijack your focus.

Certainly your biology is triggered with fear.

And certainly powerful forces benefit from stealing your energy.

Even if our world is bathed in fear.

And your biology is perfectly set up to be hijacked with fear.

It’s unlike my buddy Rascal who is a bit of a scaredy cat.

When someone comes to the house often he’ll run and hide.

There’s of course nothing for him to fear.

Without him choosing, Rascal’s nervous system has made this type of connection—>

I try my best to help him transform his fear and condition new ways of automatically responding to external stimuli.

But because he’s a cat, and lacks a conscious brain, it’s harder for us to choose.

This is one magical thing about being a conscious human.

Even if terrorists bludgeon you blue and red about the virtues of living in their fear, still you choose.

But there is something EXTREMELY powerful about stacking these two “energies” next to each other.

Can you guess what it is?

That’s right, I’ll assume you got it right.

Excitement and fear feel much the SAME in the nervous system.

Even just think of this word that we use for the system, “nervous.”

You can even call the 360 billion non-neural glial cells and 90 billion nerve cells that make up this system something that feels a lot more fun.

Wikipedia defines the nervous system as—

“A highly complex part of an animal that coordinates its actions and sensory information by transmitting signals to and from different parts of its body.”

Oh my, did you catch that word?

So you see that these 450 billion or so cells that are EVERY SECOND creating your “internal life experience” are functioning the same as an animal.

A difference of course in us humans is that these signals make their way to your conscious brain, don’t they?

This means that, unlike my buddy Rascal, you can consciously choose your response.

Even just choosing to call your nervous system an excitement system can “reframe” something powerful here for you.

But of course this is just word play compared to the power of what you can really do.

Quantum mechanics says, “When an electron temporarily occupies an energy state greater than its ground state, it is in an excited state. An electron can become excited if it is given extra energy.”

Do you see where we are headed here?

The billions of cells that comprise your nervous or excitement system, whatever you call it, are easily triggered into an excited state.

Unlike Rascal, being conscious, you choose what this means.

A person can suffer a lifetime of fire and brimstone whipped around in the fear filled, disorder energy PROMOTED in our world.

Or you can excite your cells with a “higher energy.”

And operate at a “higher level” beyond the automatic triggered response of your animal biology.

In fact, you can even call it your Excitement System.

And choose to live in your most Excited Future State.

Maybe even for celebrating this 4th 🇺🇸