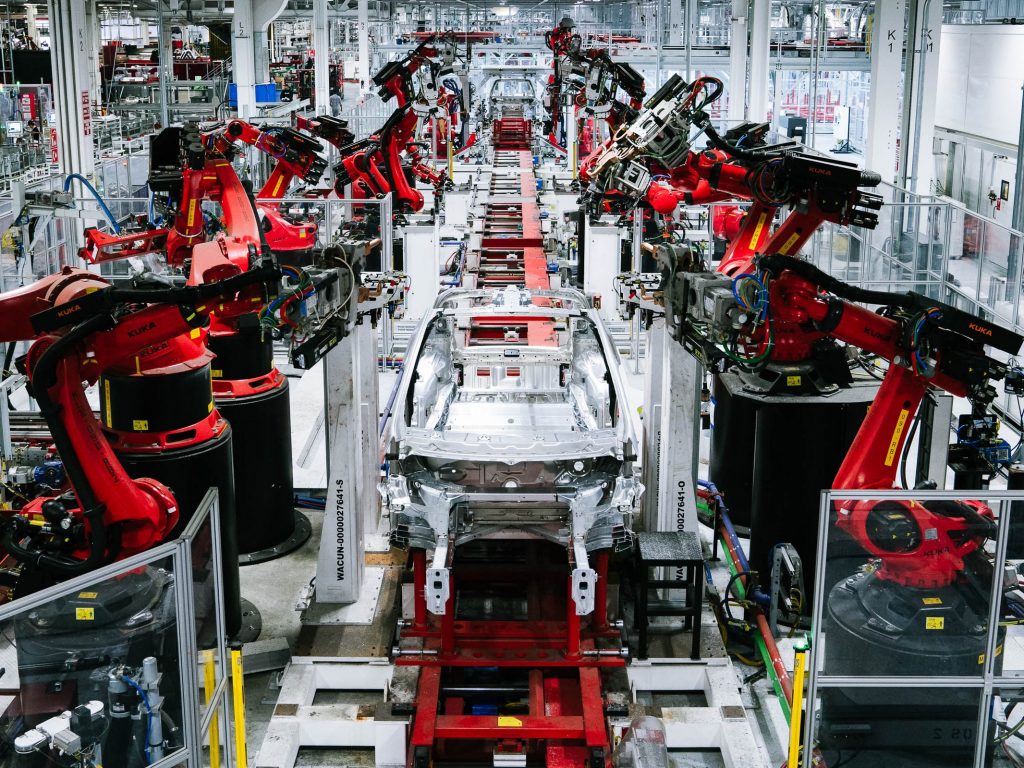 You know that getting better is a key to success.

It may be THE key to extraordinary success.

Certainly continuously improving is key to every facet of winning and life.

The theory of evolution that got us from crawling to walking works this way.

Every winning athlete is nonstop getting better.

Extraordinary competitors in careers and business win the same way.

What do you see?

In your career or business?

Do you see getting better is key to your winning?

How clear are you on what it means to be getting better?

And what about this question we’re heading into—

Are you improving RAPIDLY enough?

I love this clip from Elon Musk because it drives home a point that’s so crucial to ALL improving.

As you see him say here—

“Innovation per unit of time, innovation per year if you will is what matters, not innovation absent time because if you wanted to make say 100% improvement in something and that took 100 years or 1 year, that’s radically different.”

This is a REALLY crucial point, isn’t it?

There are few businesses that will EVER succeed, let alone continue to lead, if they are failing to continuously improve.

And with pursuits like Elon’s it’s far more extreme.

All of his businesses exist because he’s maniacally focused on building better and better solutions.

I’d attest with absolute certainty that THE key to his outsized winning is that he’s ALWAYS looking for even the tiniest ways to keep improving.

And doing it at a faster and faster rate.

Jeff Bezos is the same.

I see WAY too little of this in our world.

At the risk of offending some of you and my friends, it was a reason that I was bored and disillusioned in my career on Wall Street.

Just to get the job at Goldman Sachs required an absolutely massive amount of effort and learning to get good enough to achieve the grades and earn the job.

Yet when I got to Wall Street I was shocked to see so little emphasis on improving, let alone being your best.

In all truth, many Wall Streeters are working so hard pounding away that they grind their way to success.

And few of their businesses actually demand being exceptional, so you can get paid exceptionally well being as good as everyone else.

That’s why those who keep getting better and better EASILY outperform the average.

The same is true for Bezos and Amazon.

It’s VERY clear that a reason Jeff Bezos and Amazon crushed it is because they built an exceptional culture of highest standards and continuously improving.

As Jeff says in a short clip from this Principle—

“No matter how good we are, we can still be better, you can always be better.”

In Principle 12, the final principle I decoded from my work on Jeff and Elon called Continuously, RAPIDLY Improving, I decoded that for Jeff and Elon even having the highest standards and getting better at an ever increasing rate ISN’T good enough.

Elon would be toast.

He wouldn’t have even made it off the production line or gotten a rocket fired up.

Jeff and Amazon would have never outgrown their fixed-cost base and been out-muscled.

The formula I built for their Continuously, RAPIDLY Improving had one more essential element—

And it’s this new element I added to our formula that was not only essential to them avoiding failure and succeeding.

But RAPIDLY rocketed them to the richest in the world.

I derived the phase “Radical” innovation from a phrase Elon used.

Elon has built rockets from scratch, radically innovating every facet of rocketry.

Even just the most essential element of future space travel that you see from Jeff and Elon, reusable rockets that land propulsively, was a radical innovation that had never been done.

At Tesla we all know that Elon didn’t invent the car and who knows how much of the tech, but he certainly had to radically innovate something even harder.

A phrase from him I absolutely love is “Building the machine that builds the machines.”

It’s most certainly difficult to innovate and build a Tesla.

But it is orders of magnitude more difficult to build the machine—the factory—that builds these machines on scale.

Both of Tesla’s near-death experiences in 2008 and 2017 were the result of this, getting the Model S and Model 3 to scale production.

I LOVE getting better.

For sure I get that to some people improving at things is hard, and frankly to be avoided at all costs, including failure.

Yet I’d suggest that there’s nothing more natural to being human than evolving, and many people are just out of practice.

It’s been a long time since they did anything that was mind-busting hard, and demanded that they keep getting better and better.

Most jobs are way too easy and routine that you can succeed enough just by showing up and pounding away.

They take on missions that demand they keep getting better and better because they can’t imagine living any other way.

In what ways are you getting better and better?

Are you doing it RAPIDLY enough?

btw, if you want to go deeper into the 12 Principles for Rocketing to the Top like Musk and Bezos you can here.