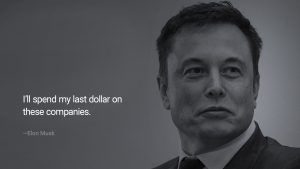 Most often in life you’re told what you can’t do.

In fact, one might say that most of your life is this way.

Living within the limits of what the world thinks is possible, you never learn what is TRULY possible for you.

Let alone when you’re the one limiting yourself.

In fields of excellence you come across the notion of limiting beliefs.

These are beliefs that limit and hold you back.

Unfortunately, what’s most missed on this topic is that it’s never just beliefs limiting you.

You are limited by the ENTIRE brain.

It is a limited machine.

Mostly operating to keep you safe, it’s mostly commanding what you can’t do, mostly governing what is possible for you.

I met with a leader I greatly respect this week.

She’s bootstrapped herself from nowhere to have built an incredible career.

By every standard she’s absolutely crushed it.

By most standards it couldn’t get any better than this.

By her standards, however, there’s another level she wants to reach.

She feels there’s something more she’s destined to do.

Another evolution of who she is destined to be.

I am the wrong person to ask whether something is possible.

That’s partly because to me the question is secondary.

Primary is why and how much it matters to you.

Leaving Wall Street to do this work, for instance, it never even crossed my mind whether it was possible.

If something deeply matters to you, even if it’s impossible, even if you’ll fail greatly doing it, what else are you going to do?

“Spend” your life on things that never matter because they are clearly possible?

How can you even know what is possible?

Not because he knew he could do it, in fact, he thought he’d most likely fail.

But for Musk the mission matters.

It matters so much to him that even if he’d burned through all of his PayPal winnings failing, it was still worth the try.

As his quote at the top of this page says, “I’ll spend my last dollar on these companies.”

Back when Musk started SpaceX he didn’t know what was possible.

Whether it was possible or not, Musk bet on the only way you can know.

Do you know that the Wright Brothers were mocked for their flying machine?

In countless experiments they continued to fail.

But as we talk about in Principle 6 of this Musk and Bezos program, they also knew that failure was their ONLY path to success.

This Jeff Bezos talks about incessantly as the nature of experiments.

You can never know what is possible.

Yet you can with absolute certainty know what is IMPOSSIBLE—

Things that you never try.

At my meeting this week when she asked me, “Do you think it’s possible?” I responded—

“How much are you willing to try?”

There’s giving something a “try.”

Then there’s giving something your best shot.

And then, there’s getting so excellent that you’ve TRULY done everything you can.

For what this leader wants to pull off, this is where she must be.

She’s got generational wealth; there’s nothing that she needs to do.

Achieving this next leap comes back to what she is willing to do.

Every incremental leap in your career, business, life can get harder than the one before.

And like a high jumper, those of us truly going for it are constantly raising the bar.

Playing the same game that worked there is never enough.

Especially in these dysfunctional times, reaching the absolute limit of what is possible requires more than just giving it your best try.

It demands you get as excellent as you possibly can.

Only then, when you’re giving it your 10 out of 10 can you know the limits of what is TRULY possible for you.